Report: Call Of Duty Returns To A WWII Setting This Year 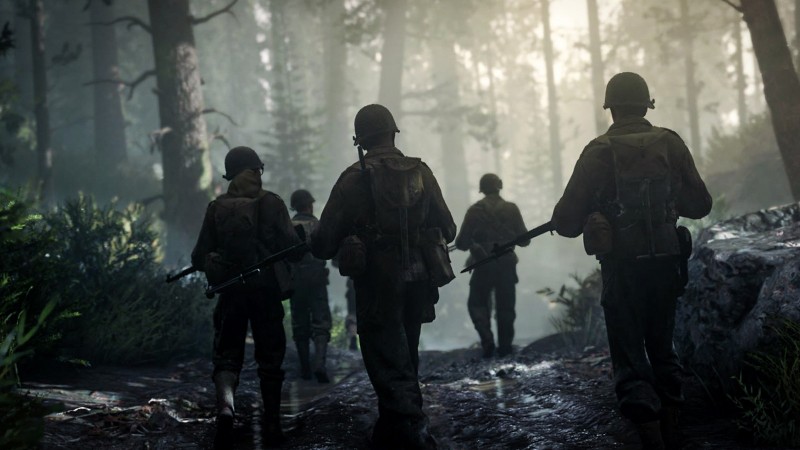 Eurogamer has reported that Call of Duty is returning to a WWII setting this year for its annual release, with Sledgehammer at the helm. Call of Duty "skipped" Sledgehammer in the annual studio cycle last year when Call of Duty: Black Ops Cold War landed at Treyarch/Raven (with some assistance from Sledgehammer, as some degree of collaboration is not uncommon for the Call of Duty studios), so this return would not be wholly unexpected. However, if the rumors are true, this also indicates that Sledgehammer will be tackling its second WWII Call of Duty project in a row, as their last core title was Call of Duty: WWII. Game Informer had extensive coverage for Call of Duty: WWII, including a cover story, you can read more about that here. Even if you think you already know everything about Call of Duty: WWII, there are some deep dives into particularly interesting aspects of the game, right down to how Sledgehammer crafted the grenade sounds!

Other sources around the internet are also reporting and rumoring on the setting, but not all sources agree on the exact nature of the World War II setting. It's also going around that the setting could be an alternate history take on WWII, where the war never ended. That sounds like more of a Treyarch title to me, but it also might be a good deal more interesting than repeating the setting for Sledgehammer's next big outing in the Call of Duty space. The biggest question is clearly, will we get the Headquarters space back?

The implications here for associated Call of Duty products are interesting if we do in fact return to this historical backdrop that has been the source of countless stories like Band of Brothers, Saving Private Ryan, and more. How will WWII be applied to products like Warzone, for instance?

The influence of Call of Duty: Black Ops Cold War has been significant, but Treyarch's frankly weird spin on reality lends itself toward direct infusions of bizarre and bold weapons, Saw puppets, and zombie jaunts. How do you even import the WWII setting into Warzone, when it will ostensibly retain all the guns and progress from the previous two games? That's an interesting issue to tackle moving forward, regardless of setting, as Warzone continues to expand as its own product yet retain significant tie-ins to the annual releases.

What do you think about a return to a WWII setting for Call of Duty this year? Would you prefer a grounded title or an alternate history take? Let us know in the comments!