The much-rumoured new model of Nintendo Switch – unofficially referred to by many as a 'Switch Pro' – will reportedly use an upgraded Nvidia chip (offering 'better graphics and processing'), support Nvidia's DLSS rendering, and could be released by Holiday 2021. However, analysts expect it to come with a potential $50-100 price increase.

Bloomberg reports that those familiar with the new model of Switch – which will reportedly also feature a larger screen and 4K output – have indicated that it will use an updated Nvidia chipset, and is aiming for release during the "year-end shopping season".

The Nvidia chipset will bring an updated CPU and increase memory, allowing for better looking games and faster processing. To help support 4K docked output, the new chip will apparently include support for Nvidia's Deep Learning Super Sampling (DLSS), which uses AI upscaling to offer 4K resolutions without the associated hardware strain. However, Bloomberg's sources indicate that DLSS requires custom code for software, meaning it will more likely be used to create better-looking new games, rather than upgrade existing ones. 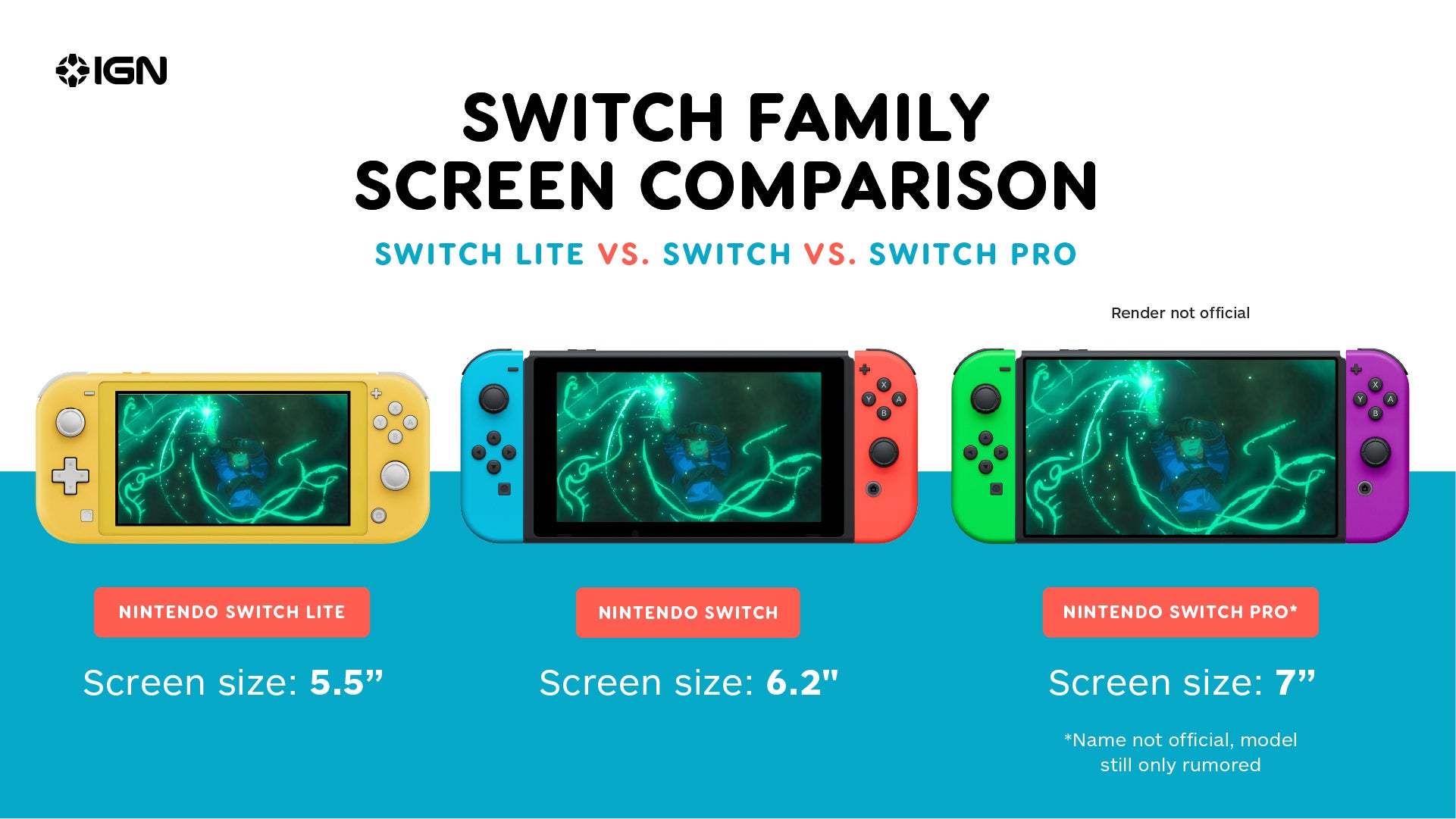 A mock-up of Switch models, including the rumoured 'Pro' model.

That upgrade may well come at a cost, with one analyst telling Bloomberg they expect the new hardware to come at a $50-100 increase on top of the existing Switch model's $299.99 price point.

This new chipset would come along with the reported larger, 7-inch, 720p OLED touchscreen on the new model of Switch. When docked, the new console would apparently output at 4K – previously, this seemed a tough ask for Switch hardware, but the improved chipset and DLSS makes this more feasible. Previous reports have pointed to manufacturing beginning in June, with a monthly production target of a million units.

Nintendo has remained quiet on any new Switch model, with Nintendo President Shuntaro Furukawa recently saying it will not be announcing a new version "anytime soon." Nintendo Switch's existing model has been doing incredibly well. Lifetime sales recently passed 79.87 million - eclipsing the Nintendo 3DS - and it's been the best-selling console in the US for nearly two years.

However, with recent reports suggesting that Nintendo has a "series of marquee game releases" that it expects to help beat its own all-time record for software sales, new hardware may be a part of that plan.

Joe Skrebels is IGN's Executive Editor of News. Follow him on Twitter. Have a tip for us? Want to discuss a possible story? Please send an email to [email protected].Read More