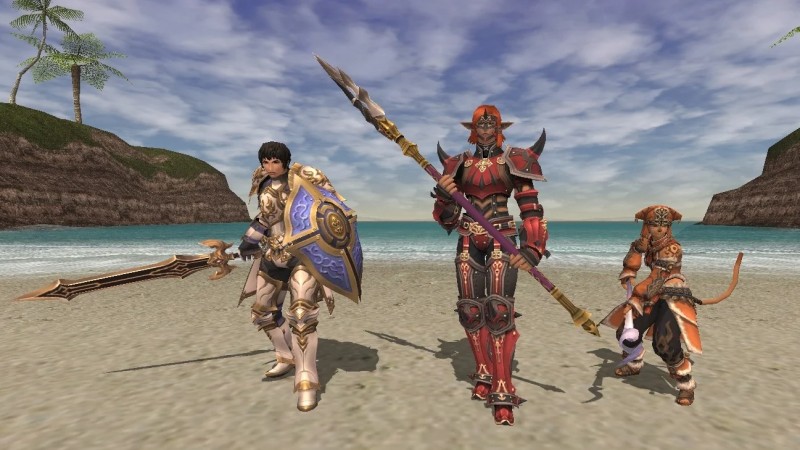 Square Enix previously announced that it was working on a Final Fantasy XI mobile game reboot to bring the studio's first Final Fantasy MMORPG onto smaller screens everywhere. With Final Fantasy XIV being such a massive hit after its relaunch, Final Fantasy XI continues to receive updates and online support. However, upon further deliberation, the mobile port just wasn't up to the standards the company was hoping for.

Nexon, the studio actually handling the development of the mobile port, confirmed recently through GameBiz.jp (via Gematsu) that both it and Square Enix agree that the game isn't meeting the quality standards they would like. From a creative perspective, it wasn't meeting the vision it initially had regarding taking this MMORPG experience to mobile platforms.

The good news, however, is that with the cancelation also comes the assurance that this decision has not resulted in layoffs. Instead, according to the initial report, the team assigned to this mobile port has been assigned elsewhere.

Square Enix first announced the mobile plans for Final Fantasy XI back in 2015, and the plan was to launch it the very next year. That obviously didn't happen and we didn't even get a follow-up look until May 2018 with a few screenshots. While the cancelation may be a bummer for some, this is a smart move, especially given the trend that continues to escalate in recent years of studios launching titles before they are ready, or before they are satisfied with the end product.

In the meantime, Final Fantasy XIV continues to grow. With numerous expansions, revamps to the mechanics, and an ever-growing community, the most recent MMORPG in the Final Final franchise is thriving beautifully.

What do you think about Nexon and Square Enix's decision to cancel the Final Fantasy XI mobile port? Smart move, or were you looking forward to taking this experience on the go? Sound off with your thoughts in the comment section below. Do it for the chocobos.