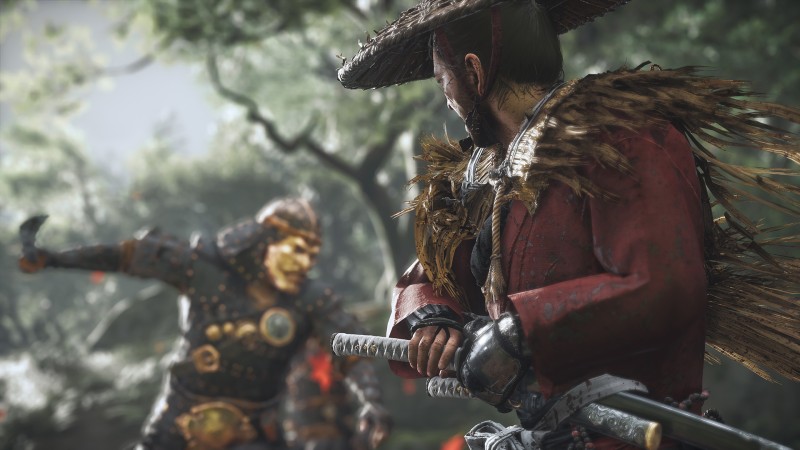 It's the age of adaptations, and the latest game-to-film project in the works is a Ghost of Tsushima movie by the director of John Wick. Sony Pictures and PlayStation Productions are at the helm of this new take with Sucker Punch Productions onboard as well as executive producers.

As reported by Deadline, John Wick's Chad Stahelski is set to direct the Ghost of Tsushima adaptation alongside Alex Young and Jason Spitz as producers through their company 87Eleven Entertainment. On the PlayStation Productions side, Carter Swan and Asad Qizibash are producing with Peter Kang overseeing the entire project.

The game itself released to immense success back in 2020, selling over 6.5 million units. When Sucker Punch released a multiplayer component and new challenges later that same year, the player base became even more excited about this stunning open world and different ways to explore it. While we don't know how much the movie will relate to the game itself, or if it will go a more generic Samurai route, the prospect of seeing this universe expand is intriguing, especially if it remains rooted in the source material.

“We’re excited to be partnering with Chad and 87Eleven Entertainment, to bring their vision of Jin’s story to the big screen. We love working with creative partners like Chad, who has a passion for our games, ensuring we can create rich adaptations that will excite our fans and new audiences,” said Asad Qizilbash, Head of PlayStation Productions.

For those who haven't played the game yet, or are just interested in learning more about Ghost of Tsushima, you can read our full review here, or watch it in the video below:

What do you think about a Ghost of Tsushima movie? Where are you hoping the team goes in terms of direction and casting? Sound off with your thoughts in the comment section below, we'd love to hear how you would shape the latest gaming adaptation.